This one is for all the Karens out there- vaccines are actually good for you, since they give your body the proper antibodies to fight off diseases that decimated our ancestors. The US Health Organization has spent the past 20 or so years bunking popular misconceptions and conspiracy theories about vaccinations. Despite numerous studies on the matter, these myths still persist and can be detrimental to your safety. Fearing that your child is getting too many vaccines is understandable, given that they have to get 14 shots by the age of 6. It may seem like too many but it is the best way to protect them against diseases like chickenpox and tuberculosis.

Let’s look at some of the more persistent myths surrounding vaccines, and how they have already been debunked:

This is fake news at its finest that was spread by fear-mongering websites and gained a certain level of verisimilitude among conspiracy theorists and anti-vaxxers. This myth started in 1998 after the publication of a scientific paper where a British Surgeon, Andrew Wakefield, implied that vaccinations increase the risk of autism. This paper has since been discredited for its falsehood and Wakefield lost his license for it. Even though this is purely based on pseudoscience and a poorly researched and designed paper, a lot of people took it at face value and ran with it. No studies conducted after Wakefield’s hypothesis found any correlation between vaccines and autism. Even though the cause of autism remains a mystery, it is absolutely dishonest to say that vaccines cause it. Some researchers found that autism develops in utero well before the child receives any vaccines. Others believe that it is caused by a combination of genetic, environmental and developmental factors.

To date, there has been no vaccine regulated by the World Health Organization that contains a microchip. No, the new COVID-19 vaccines can’t keep track of people, nor can you be geo-localized because of it, nor can it gather your personal information and put it in a database. If you are afraid of these, I would be more careful with social media sites like Facebook, which is known to sell your personal information, rather than the new vaccines. This conspiracy theory started after Bill Gates commented on The Gates Foundations that digital certificates of vaccines were being made. This, however, is not in any way, shape, or form associated with the testing or distribution of the COVID-19 vaccines. This is another far-fetched myth that many people believe in nowadays; this one was created by conspiracy theorists and has spread like wildfire online. No entities, including the government, can microchip you with the help of any vaccines. This would infringe on your human rights and would not be allowed by the UN, so you are good on this one too. 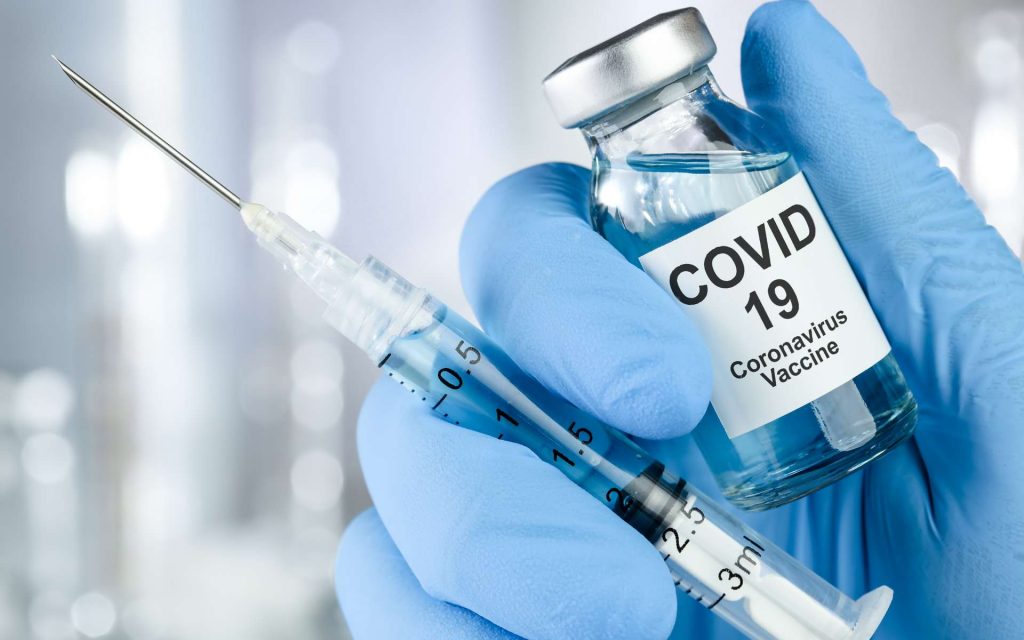 False again. Good hygiene and nutrition aren’t enough to stop an infectious disease. Yes, they help and are important, but they don’t do much to stop it on their own. Many infections can spread regardless of how clean we are; vaccines can bridge the gap and boost our chances to fight these infectious diseases. For many infectious diseases, herd immunity can reduce the spread of any illness in a given community as long as the majority of the population is vaccinated (figures quoted at around 70% of the total population need to be vaccinated). If people aren’t vaccinated against certain diseases that appear in those areas, it may ravage the native population. This is one reason we are afraid to visit indigenous people like the Sentinelese who live off the coast of the Bay of Bengal. A simple flu could decimate their entire population, which actually happened when a crew of missionaries wanted to bring ‘civilization’ to them. A good chunk of the population died of diseases that are inconsequential to us and this is one of the reasons why we decide to stop any contact with them.

Sound off in the comments below if you are as dumbfounded as us by the myths associated with vaccines.

[…] performed on living animals, which is done for research, fundamental biology and diseases. Animal testing is done to assess the effectiveness of new medicinal products, cosmetics or even food additives or […]