Thescienceblog » Uncategorized » How Science Is Changing the Food Preservation Methods

One of the important contributions of science in society has been the implementation of new methods for the preservation of food and thus ensure that in their production the proper distribution can be achieved in space and time. Although some of those used today are since antiquity, it is from the nineteenth century that the changes begin with the conservation by heat, cold or the action of microorganisms.

Thanks to the scientific advances of the last decades, several new food preservation processes have been created, which have successfully replaced the more conventional processes, based on the properties of heat and cold, which have had to adapt to current trends. Innovative in terms of consumption, which requires that the nutritional and taste properties of the fresh product are maintained. Do you want to learn more about those methods of preservation? Keep reading below!

The famous pascalization, named after the scientist who discovered it, or high pressure, which consists in subjecting food to high pressure at room temperature, is a very striking technological alternative. With all the energy obtained by high pressure, only the low energy bonds and interactions are modified, the covalent bonds of the molecules however remain unchanged.

When high pressure levels are used, it is possible to obtain a complete microbiological sterilization, modifying the permeability of the cell membranes and facilitating the exit of the intracellular material of the microorganisms, without affecting the nutritional and food qualities of the food. Similar effects are obtained by using pulsed electric fields, a non-thermal physical process that inactivates bacteria and permeabilizes cells.

The antimicrobial action occurs through the changes that are maintained in the structure of cell membranes that lead to the appearance of pores and whose size increases proportionally with the intensity of the electric field, the time of the procedure or by decreasing the ionic resistance of the resource. Its immediate action, the speed of the procedure and the possibility of handling food continuously, arouse interest in its use in liquids containing particles in suspension.

On the other hand, the space age offers new perspectives regarding the applications of recent scientific advances and food preservation through new processing systems that can be executed in areas such as microgravity and reduced gravity. It is therefore possible that a new future in terms of preservation techniques is emerging.

Food science and technology is a field of knowledge that draws from different fields of study in the sciences, from chemistry, biology and physics to medicine, nutrition, engineering and social sciences. It is also influenced by the particular methodologies of the sciences of sensory and psychological analysis that allow the establishment of production and regulation resources to preserve food in a safe and sustainable manner.

This is a subject that has covered many areas of knowledge, and this interest allows the identification of various problems and opportunities such as those presented in the Sustainable Development Goals. In other words, from food science and technology, some of the development goals that encompass hunger, health, wellness, and actions related to climate, preservation of underwater life and terrestrial ecosystems are addressed and achieved.

It is important to keep in mind that consumers are increasingly inclined to choose fresh, safe, healthy and, above all, long shelf life products that retain their organoleptic properties, given all the good results that can be obtained from them. This is why scientists and engineers are proposing preservation methods and technologies that successfully meet the expectations and efficiency demanded by the market.

The biological preservation of food or bacteriophages becomes an ally in food production. It is true that bacteriophages or phages are identified as the most numerous beings on the planet, and commonly recognized as a danger to human health, but they could also be considered as contributors against pathogenic bacteria that are a continuous threat of environmental contamination.

It is then referred to a promising technology for the highly regulated control and preservation of foods that has arisen in the field of biotechnological engineering and whose main objective is closely related to the reduction or substitution in the usual application of antibiotics that they have typically existed in the food industry as a tool for bacterial control.

It consists of subjecting the food product to a combination of phages previously established and as specific as possible of the pathogenic bacterium that we want to eliminate, producing its reduction to quantities suitable for consumption. In this way, the desired level of food safety is obtained, which also guarantees the preservation of the nutrients present in the food, since it is not manipulated by conventional technologies.

What are your thoughts on food preservation? Let us know in the comments below. 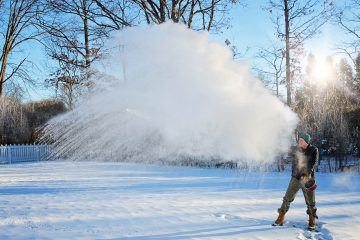 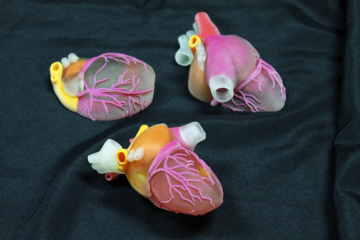 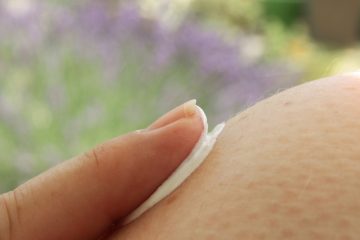 How Biodecoding Helps to Deal With Eczema The biological decoding of diseases (biodecoding or psychosomatic approach) proposes approaching conditions from an emotional point of view. If dermatologists, allergists, and all health professionals agree that eczema Read more…