The Rarest Plants On The Planet (Part 2)

Living beings are essential for the survival of human beings on Earth and a symbol of the most diverse behaviors of people in their relationships. It is estimated that there are more than 300 thousand different species of plants registered in the world. Faced with such a large fan, there are varieties of the strangest – a specimen that can live up to two thousand years, another that has an unbearable smell of “rotten meat,” and even the one that “hides” when touched. In a tropical area, you may find a plant with such a strong rotten meat odor that it is impossible to be near it for more than five minutes. There is also desert vegetation, which can live for two thousand years with minimal contact with water. Indeed, the kingdom of flora is a labyrinth of mysteries, secrets, and wonders. For this reason, The Science Blog drew up a list of the strangest plants that mother nature offers. Don’t forget to check the first part of this article for more weirdest plants!

LITHOPS: IT LIVES DISGUISED AS A ROCK 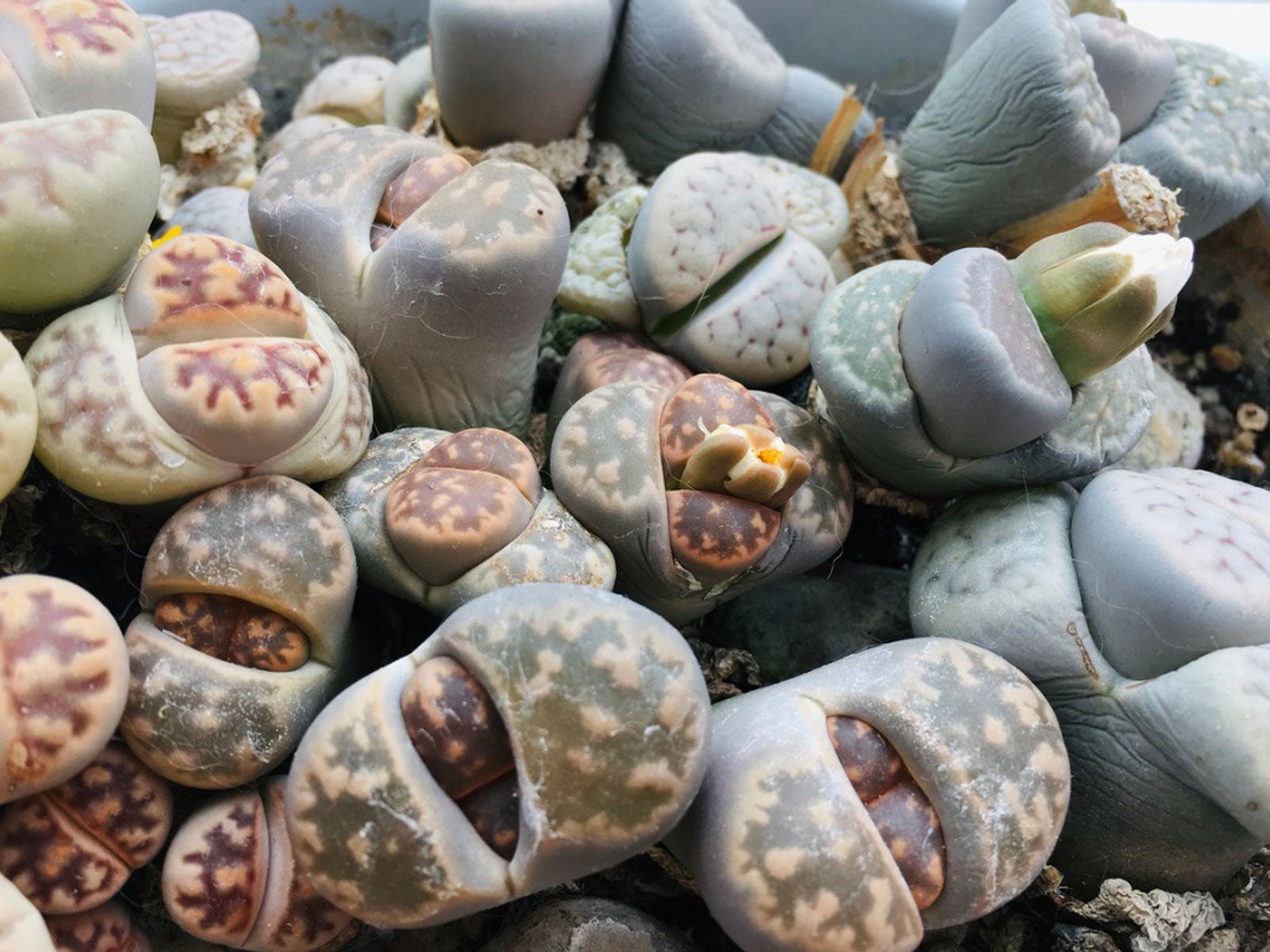 It is commonly called a ‘stone plant’ and, judging by the images we have found, it is not easy to differentiate it from a real stone. This is the perfect definition of evolutionary adaptation, as this peculiar disguise allows these plants to go unnoticed by potential predators. Their life cycle is very particular: they grow in winter and spring, rest in summer, and bloom in autumn. They come from southern Africa and are perfect for growing indoors as they do not do well either frost or rainwater, although they do need sunlight constantly.

HYDNELLUM PECKII: THE MOST TERRIFYING 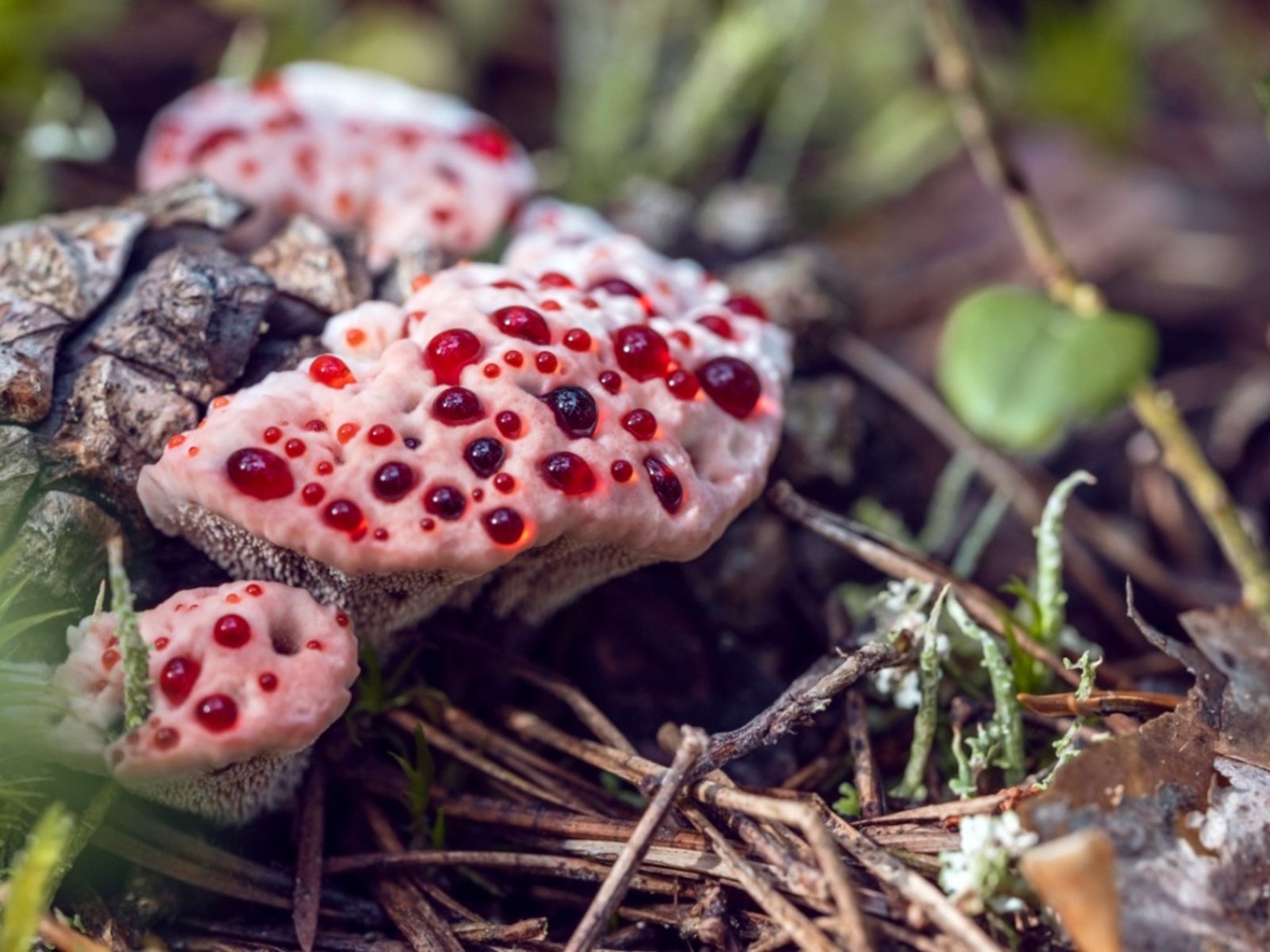 Although it seems more like the complement of a terrifying Halloween costume, the ‘bleeding tooth fungus is a peculiar inedible fungus that produces spores on the surface of its vertical spines, and that secretes a red liquid that could well look like royal blood. It was discovered in 1913 and has since been found in North America, Iran, and Korea. It appears that it is not a poisonous mushroom, although it is listed as inedible due to its unpleasant bitter taste. 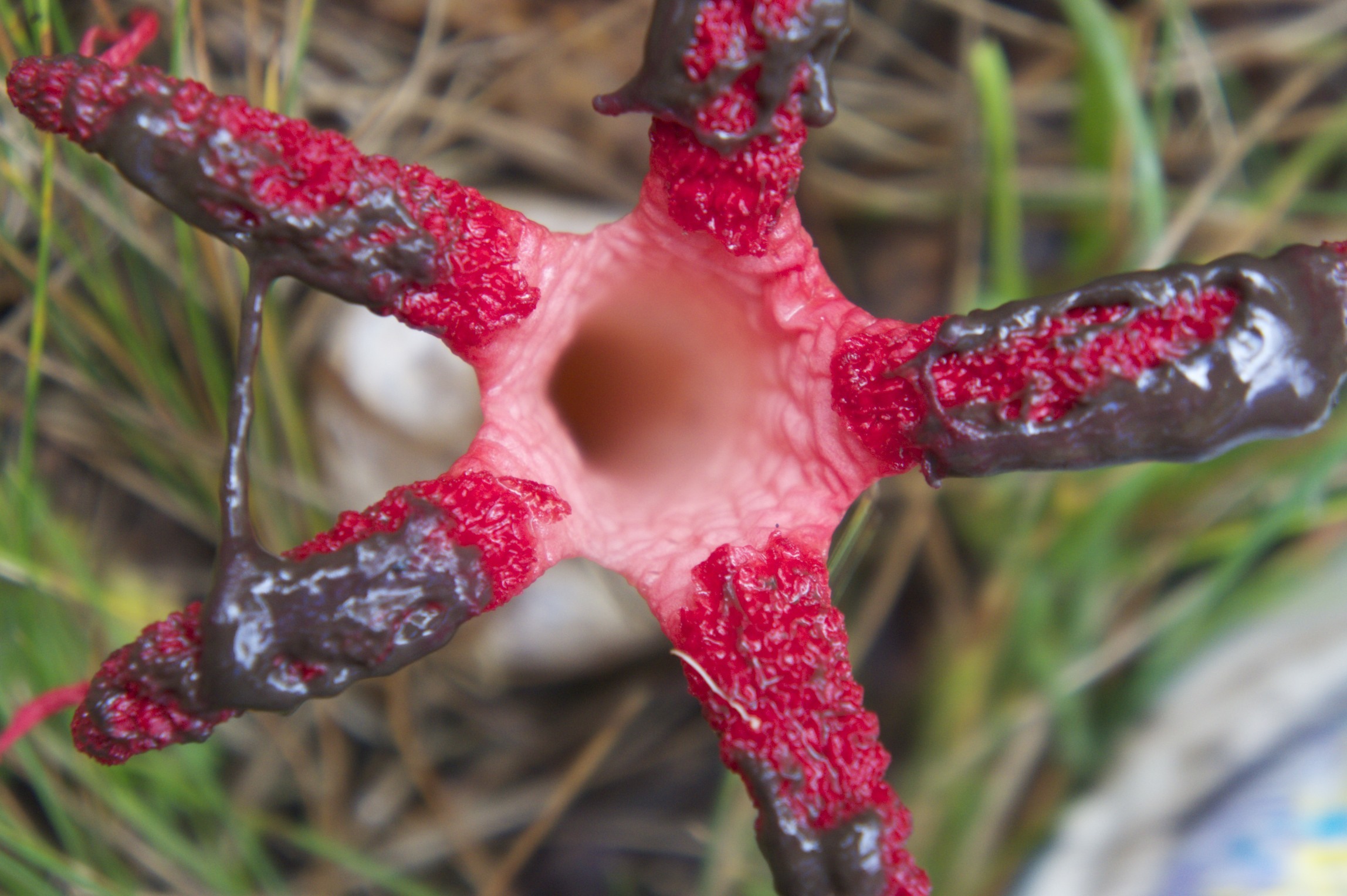 Imagine a plant that is born as a white egg and that after time hatches and gradually unfolds between 4 and 8 red arms similar to tentacles. Creepy, right? This surprising species of Australian origin, also called ‘the devil’s fingers, has an appearance similar to a starfish but gives off a very unpleasant smell – like gas or rotting meat – that, although it seems contradictory, attracts spore-carrying insects. 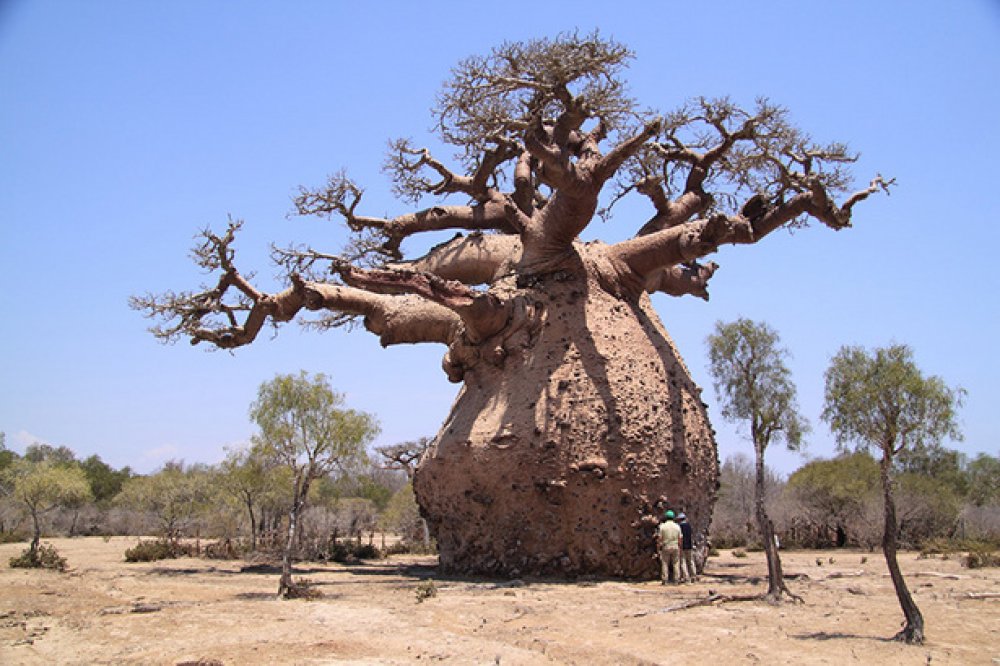 Although it does not win the award for the tallest tree, since the Red Sequoia holds that title, the Baobab can exceed 30 meters in height and 11 in width. But the record that this tree, very typical of Africa, does reach is that of longevity since it can far exceed 1000 years old! In addition, its beauty does not leave anyone indifferent. 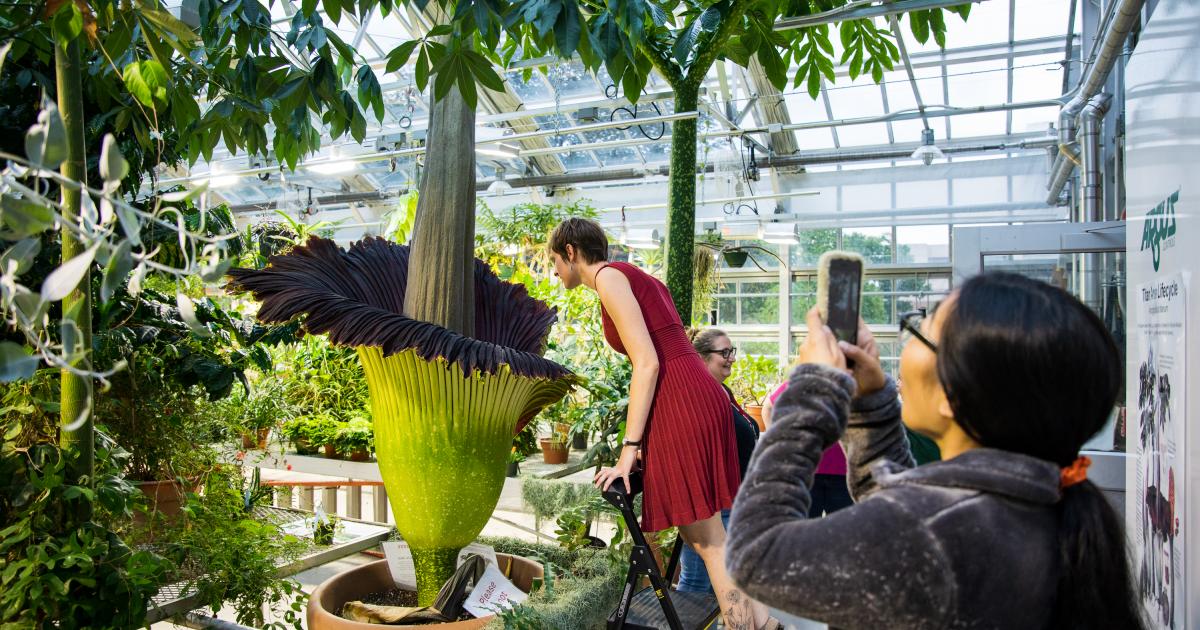 It is called the Giant Ring or “corpse flower”, it is an herbaceous plant that is also considered the largest plant in the world. Such a specimen can measure up to 2.75 meters. It is usually found in the tropical forests of Sumatra, and the term “corpse flower” is explained because it emits a strong smell of rotten meat, used to attract insects, which are responsible for the exchange of pollen, vital for their reproduction.

DRACAENA CINNABARI (SOCOTRA DRAGON TREE): BEAUTY MADE INTO A TREE 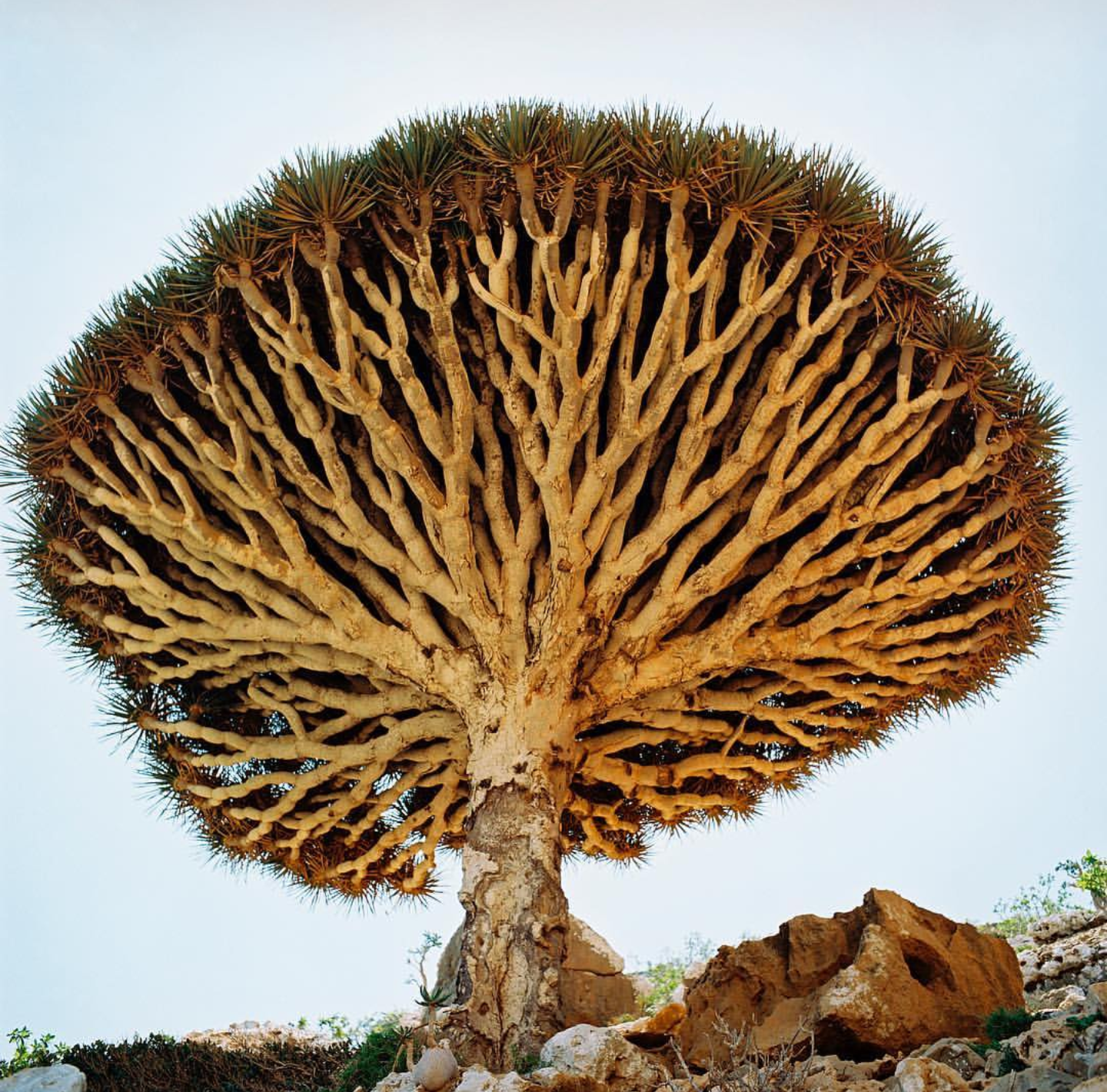 Its common name is almost as solemn as the popular one: ‘tree of the dragon’s blood. It comes from the Socotra archipelago in Yemen, although we have an autochthonous version in Spain, called Dracaena draco -or Drago millenary-. It has a resin of intense red color – hence the dragon’s blood – that has been used in traditional medicine for many years. Its spectacular beauty, with a unique umbrella shape, takes us to an almost magical world.

Have you ever heard of these peculiar plants? Do you think we have forgotten some rare species that deserves to be mentioned? Do not forget to share your thoughts and opinions through the comments. And of course, if you liked this report, do not hesitate to share this article through your social networks. Thanks!

[…] report, do not hesitate to share this article through your social networks. Stay tuned for the second part. […]