Fighting Iron Deficiency One Bite at a Time

Imagine waking up exhausted every morning. You feel weak, irritable and find yourself breathless during even the simplest activities, like walking. These are just some of the symptoms of iron deficiency.
According to the Food and Agriculture Organisation of the United Nations, iron deficiency is the main micronutrient deficiency affecting more than two billion people worldwide.
In general, treatment for iron deficiency is inadequate worldwide, especially for women and children. If left untreated at some point, the cycle of iron deficiency can continue from mother to child, especially as iron needs are greatest at birth.
Iron is vital to all living organisms. It is an essential element in multiple proteins and is responsible for various biological functions in our bodies. There are functions like growing cells, transporting oxygen, and making energy, but getting sufficient iron in your diet can be tricky.

What Can We Do to Lower Our Risk of Iron Deficiency?

An option is to eat a varied and balanced diet that includes meat and other nutrient-rich whole foods. These usually prevent iron deficiency in generally healthy people.
This is because many foods of animal origin contain iron in a form that our bodies can easily absorb – for example, the hemoglobin protein in meat and seafood.
Plant-based foods also contain iron. This includes unprocessed nuts, wholegrain products and some vegetables. However, this type of iron is not easily absorbed by our body. In traditional plant-based diets or populations with a low intake of animal foods, iron absorption may be limited. This is also true for those who consume few animal foods.
So how can we provide plant-based iron a boost? We can consume it with foods that help absorption, including animal proteins or foods that contain vitamin C. We can also eat it with foods that help absorption. Citrus fruits, peppers, kiwi and tomatoes are all good examples.
We can also supplement food with extra iron. For example, foods such as bread, cereals and wheat flour can be fortified with synthetic mineral iron salts. However, depending on the food in which iron is fortified, iron absorption may not improve.
If you have any concern about your iron intake, talk to your family doctor or an accredited practicing nutritionist.

Helping Fight Iron Deficiency One Stock Cube at a Time

One of the initiatives of the Bill & Melinda Gates Foundation is to fortify the bouillon cubes with iron and other essential micronutrients so that they can be consumed in Central and West Africa. Bouillon is consumed daily by all age and socio-economic groups, making it an excellent tool for providing micronutrients in the region.
There are some technical challenges in micronutrient fortification of bouillon, which they are working to overcome. This includes identifying and testing innovative micronutrient technologies to help develop a versatile fortified formulation for multiple types of bouillon.
In collaboration with national research universities, organizations, and industries worldwide, it will seek to break the multi-generational impact and prevalence of iron and other micronutrient malnutrition in Central and West Africa. 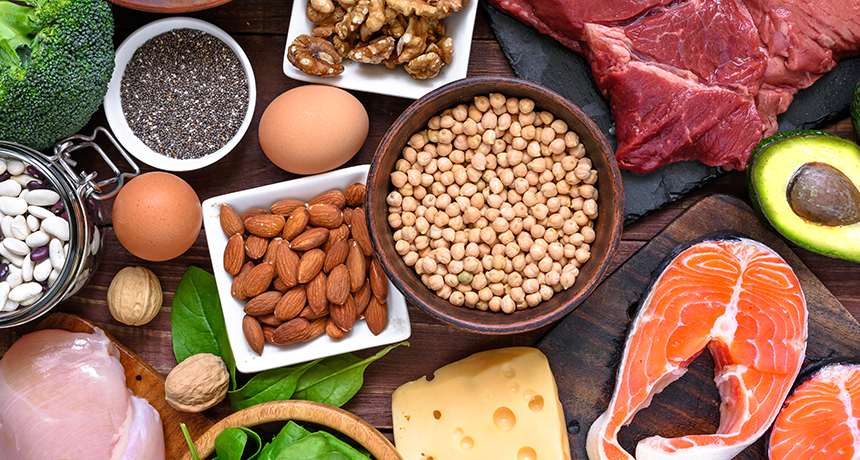 Proteins consist of peptides, which in turn are made up of amino acids. Certain amino acid chains can transfer iron to the body in a bioavailable form. Some of these iron-carrying peptides occur naturally in foods, such as the protein from meat and certain whey proteins in dairy products.
Some researchers are creating these iron-binding peptides with traditional food processing methods used on legume proteins, such as enzymes and fermentation. By finding the suitable protein mixtures that can bind to iron, they can then test their effectiveness at enhancing iron absorption in the digestive tract.
Researchers are currently working on identifying the structure and composition of these peptides. They first separate them from the other, non-iron carrying food proteins by using specialized chemistry tech
Although this research – and another related work on zinc and calcium bioavailability in legume protein products – is still in the very early stages, it can improve the food nutrient status.
There is currently a booming global demand for different proteins, especially those that bring specific health benefits. This demand is increasing as our global population grows.

Let us know in the comment section how you fight iron deficiency.